Prime Minister Thomas said he raised the matter with his Canadian counterpart Stephen Harper, during the recent Fifth Summit of the Americas in Trinidad and Tobago.

Speaking to reporters upon his return home, Thomas said he also plans to follow through on those discussions with the Canadian High Commission in Barbados.

Ottawa imposed the restrictions in 2001, amid concerns by United States and Canadian officials over the island’s economic citizenship programme.

More than 840 passports at an individual cost of EC$60,000 (US$22,470) were sold under the programme introduced in the late l990s to the benefit of the Grenada treasury. 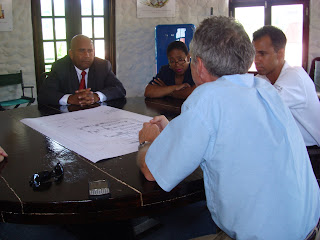 Foreign Affairs Minister Peter David, who had previously raised the matter with other Canadian officials, said the main concern was that persons deemed undesirable were obtaining Grenadian passports.

However, with the halting of the initiative, he expects a positive response from Canada.

?The essential issue is this that given the fact that the restrictions were brought in as a result of the economic citizenship programme and given the fact that these passports were issued to persons who were not bona fide Grenadians, how do we satisfy the Canadian requirement that that will not happen again,? David said, adding that follow-up discussions are being planned with Canadian authorities.