InterFaith or FaithWar? God is a referee?

{NB: This rant comes from late 2003, when there was due to have been a devotional service with many denominations celebrating Bim’s birthday, but the People’s Cathedral pettily pulled out as there were other religions involved, I was disappointed that an allegedly enlightened evangelist abstained from commenting, so I sent this to the newspapers and it never saw light of day – yet I find it still relevant even these days}

Of course this is bound to offend the delicate sensitivities of various denominations, but there?s no omelette without eggs is there? I am referring to that time when there was a so-called laying down of the law on any InterFaith service in Barbados.

Who gives a royal, rustic, reaming ramgoat of a flaming rodent’s posterior what Holmes Williams deems as a curse… It seems just bare religious hypocrisy to me, but that’s only an opinion, eh? 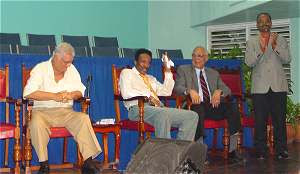 Where in the Bible is a gathering like this cited as an abomination? Did not Yeshua (aka: Jesus The Christ) interact with His enemy both Roman and Sadducees/Pharisees? He spoke and treated with respect a prostitute with such reverence and affection that some wonder to this day how much He really loved her? Is it any really of their cotton-pickin’ business? Was He not the Son Of Man as well as God? Does this therefore not make for the fact He is human as well as Divine? Did He not praise a publican who spoke to His Father in private and ridiculed a Pharisee who went to the town square to pray?

If Williams said why was the InterFaith service made public, he may have had a nebulous point based on my last contention, but then “How will anyone attend if they do not know?” would be the logical retort.

In the Baha’i Faith, Christianity is but one of the stages of spiritual development of Mankind, as is Krishna and Mohammed and the rest ? if you were Islamic, Hindu or Catholic, you do not have to give up our old ways merely incorporate the new methods alongside the previous ways, thus many Bajan Baha’is still observe Christmas and eat ham without a sliver of a qualm…

Apart from that, if any religion is to make itself appealing to everyone do they not have to show magnanimity in addition to humility? Was it wrong for the USA to hold inter-faith services after 9/11 – which involved Jews, Sunni Muslims, Catholics, Lutherans and probably even the [now-notorious] Episcopalians? Where were Holmes Williams‘ cries then? 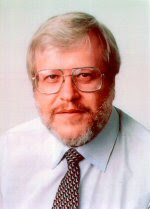 I also sincerely hope that Gerry Seale attended even if other evangelists did not, since if he was not present then he made a mockery of both his apology on behalf of whites and his marriage to a Black Bajan by negating tolerance and equanimity in both events with his absence, which in turn relegates his supposedly brave actions as mere lip service as a lot of Bajans both black and white suspected.

How Divine can you get when you have people gathering in the name of each of their respective views of The Infinite… Again, did not The Bible have a statement from Jesus that if 2 or 3 gather in God’s name then that is his Church? Does anyone recall sci-fi author Arthur C. Clarke’s “9 Billion Names of God“? Do you think there was a reason for the title??

If God is so selective and there will be a curse for all of this “mixing” (sounds prejudicial, isn’t this how the National Socialist party of West Germany started in the 1920’s? Every one may know them better by their Teutonic abbreviation, Na-Zi’s later Nazis), then why is the same Messianic Deity considered as compassionate and loving one and all, great or small? Or is this conditional love, but then is God’s love not supposed to be promoted as unconditional?