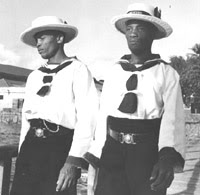 {NB: This blast was written when I still drove a light apple-green 1984 DX Toyota Corolla that had a few character marks, that ppl call “rust-spots“, I know it appeared in the Daily Nation, but not all of it, some of it no longer applies and therefore has been contemporised – but no further, but unfortunately – most of the item still applies}

Aren’t you just sick of pedestrians who act as though they own every pebble of asphalt on all of the roads of Barbados? Why do we bother with traffic laws? Just let ZR?s pick up and drop off where they want and pedestrians can cross willy-nilly, I mean the rules are only a hindrance, right?

If you have to travel to the City, then you know that you have to keep hovering near the brakes at all times before some twit ups and drops in front of you to walk the street. What happened to zebra crossings, why aren?t Police doing their job and zero in on jaywalkers as well as ZR?s? 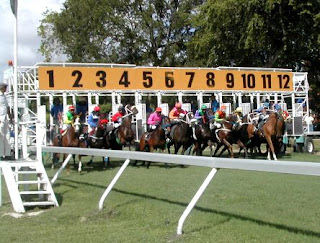 It seems to me the “hotspots” are along these listed places ? the junction where Bay Street and Independence Square meet and along the road next to where the Dipper now stands; between Fairchild Street and along River Road up to Nassco Motors; the junction by COB Credit union and opposite Butterfield Bank on lower Broad Street and along High Street from Carter?s up to especially by between Jayson?s and Sports & Games (which is supposed to allow vehicular traffic as far as I know)?

Woe betide if you dare to demand your rights as a motorist, ?Y?gotta wait, hear?? or ?You got Money? (meaning lawsuit to ensue)? and those are the more polite assails you can get, I was even told by a cop once that he got so frustrated with that same problem that he hollered back at an unruly street-crosser that he never see a jeep or a car in a hospital bed yet!

Recently when I was heading for the ground floor at the City Centre Car Park, a man and myself were trapped in an elevator as two young idiots hit the buttons for all floors and the guy commented this was not as bad as when he was driving along Spring Garden and had to screech and swerve to avoid a pedestrian who stopped in the middle of the highway to tie his shoelaces! He said he didn?t dare say anything as these days he didn?t know if he?d be cursed or shot!!

Many grooms will hate me for saying this, but I maintain jaywalking is a serious issue and horse handlers from the Garrison play a large part of that kind of culture and all of them need to be dealt with as strictly as ZR?s? 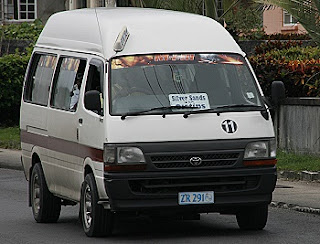 The handlers walk horses between the Museum and along Bush Hill down Aquatic Gap to the sea (near Grand Barbados) as though they and they alone should be there and you must wait and if you dare speak then you get a taste of the language they know, in fact? I have been threatened by some of the handlers for writing a letter against their practices, so I must shut up and let them run riot? Maybe on November 31st or February 30th I?ll think about it!

This is part of why there is so much road rage out there, when you have to crawl out from a junction ?til you cover one half of the road to finally force someone to halt and let you out!

All I am asking is for everyone to do a little give and take until proper guidelines are set forth and implemented as well as strictly enforced before we become like America?s Interstates and their ridiculous cases of road rage?