TEN THINGS YOU THOUGHT YOU WOULDN’T HEAR IN DIFFERENT YEARS OVER THE DECADES:

10. In 1968, did you ever think the following would be real? “A Black Presidential Candidate of African mix with a female running mate…“

9. In 1978, you ever felt this could happen? “The famous WHITE rapper, has turned to producing new rappers in the market now…“

8. In 1958, when turning on the radio, in an era when Elvis The Pelvis was on camera only from the waist up, you ever thought you’d hear –
“Upstairs in bed, with my ex boy,
He’s in a place, but I can’t get joy,
Thinking on you in the final throes,
This is when my buzzer goes“

7. In 1948, did anyone ever conceive that devastated Tokyo would pull a phoenix and conquer electronics and cars? OR – “Made In Japan, then this is a high quality product, huh?“

6. In 1938, did any Bajan plantocracy even imagine the following could happen? “The West Indies cricket team, all from Independent territories, captained by a Guyanese Hindu…“

5. In 1988, did even Bill Gates or Steve Jobs project the following? “The variation of a Walkman storing as much music as you would find on the shelf of an AM radio station…“

4. In 1998, writing a web log or BLOG was coming into its own – did any Bajan think two of these entities down the line, one beneath the earth and the other unencumbered would make changes to Barbados’ socioeconomic landscape?

3. In 1993, could Cable & Wireless (C’bean) Ltd have dared think the following? “Well, better invest my dividends since our time of killing profits will soon be up!“

2. In 2003, did anyone ever picture a female Opposition Leader of Barbados?

1. Hell Freezes Over AGAIN: Square One and Alison Hinds are back together! 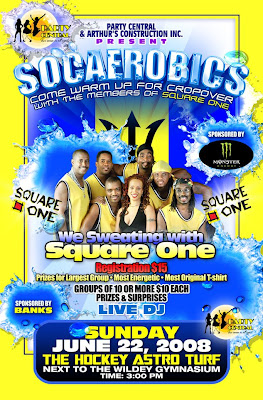