Mr. David Alleyne, a senior executive at United Insurance in Barbados, was recently elected President of the Insurance Association of the Caribbean. Mr. Alleyne takes over the presidency from Mr. Douglas Camacho of Trinidad and Tobago who served out a mandatory four year term. 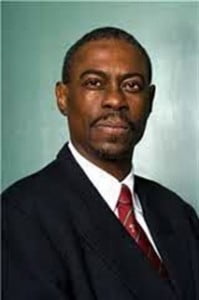 David Alleyne is the first Barbadian to hold this position since Steve Stoute in 2005.

The elections took place during the 2013 annual Caribbean Insurance Conference held in Cancun, Mexico. This annual conference attracted over 450 delegates from around the world and as far away as China and Russia.

The Conference was opened by Dr. Kenny Anthony, Prime Minister of St. Lucia, who in a far-reaching address stressed that regional regulators and private insurance companies should make every effort to work closely together.

Mr. Anthony indicated that two of the largest regional insurance conglomerates – “CLICO and British American Insurance, had collapsed due to the fact that the companies had over-reached themselves, engaged in excessive leveraging and benefited from a lax and tolerant regulatory environment.”

He highlighted in detail some of the major strides that have been made on the regulatory front, inclusive of harmonized insurance regulations in most of the ECCU countries. He concluded by indicating that the insurance sector plays a vital role in the social and economic development of the region and St. Lucia and other regional counterparts must be committed to fashioning a strong and balanced supervisory regime which would invariably benefit all practitioners, investors and customers. (Mr Anthony’s full address is available on request from the IAC Secretariat).

The 33rd Annual Caribbean Insurance Conference commenced on June 2 concluding on the 4th, 2013 and was held at the Fiesta Americana Grand Coral Beach Resort and Spa. It was the first time this annual conference was held in Mexico.

The 2014 Conference will be held in Curacao.