Plans are in full swing for the fourth annual staging of the much anticipated Excellence in Music and Entertainment Awards, (EME’s).The EME awards will for the first time be aired from outside the studios of Hot 102 and the Gardens at the Jamaica Pegasus Hotel are now being prepped for what will be the red carpet gala event of the 2008 entertainment calendar.

These performers are gearing up to make the EME awards the show of the year. Celebrity presenters have also been hand-picked to assist in handing out the awards.

The EME awards which primarily recognises the work of Jamaican entertainers and musicians who released recordings between the period October 01, 2006 and September 30, 2007, is being staged with the full endorsement of the CVM Group – the entertainment choice of Jamaica.

The awards show has also received the endorsement of major industry players including producers and artistes who see it as a good advancement in the development of the music industry. 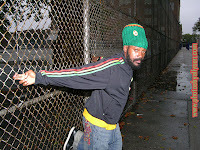 Lutan Fyah, Recording Artiste assessed the need for such an event and summed it up this way – “The EME awards is good for the industry as it highlights the achievements of some of Jamaica’s most talented ambassadors and gives industry professionals a chance to look back at the year that was.“According to the organisers of the EME’s, the event will be a watershed in the development of the Jamaican music industry.“We are moving the music forward. We are going to make this year’s staging of the EME’s a landmark event, something the industry can be proud of and looks forward to year after year,” says Richard ‘Richie B’ Burgess, Organiser EME Awards.

In order to make the EME awards a world-class event, the organisers have borrowed on the immense expertise of some of Jamaica’s best event planners, sound and lighting experts and decor designers. The EME awards will be a well run show with strict adherence to time. The EME’s will be adopting international standards to ensure that the class and quality of the awards show is maintained.