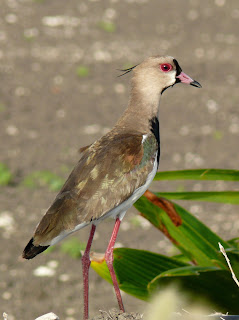 Back in July, we ran item from a British online daily about the awful habit known as WILDFOWLING which is killing migratory birds who are now on unusual paths due to the current weather, we actually e-mailed Professor Karl Watson to get his input and here are his concerns (BTW: one picture is not nice, it’s doubtful this baby bird will survive) –

The shooting season is in full swing and systems like Dean bring migrating flocks to the island to the swamps where they are shot. One of the reasons for appealing to the wildfowlers this year was to try to protect the Southern Lapwings which have started to breed here – the first brood of three chicks was produced two months ago.

Recently, this South American breed … expanded its range into Barbados. A pair nested in St Lucy and raised three young. The Nation, Advocate and the BBC World Service ran stories on this since it was a first for the Eastern Caribbean. I was also interviewed by CBC-TV [but it] was never shown. 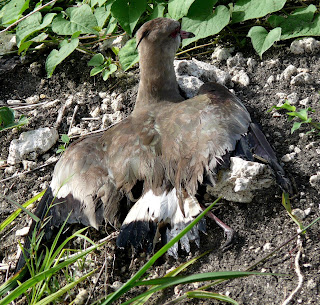 My intention was to inform the Barbadian public of this addition to our bio-diversity and at the same time, plead with the bird shooters not to shoot these birds as it is now the swamp shooting season.

Well this morning, one of the young first time Barbados born birds was shot. The photograph of the bird standing is one of the parent birds which may have flown here from Trinidad or Venezuela. The other with the wings out stretched is the immature lapwing which was shot.