The Criminal Charges ‘One Caribbean Media’ sought, but were barred from…

Members of the Criminal Investigation Department from District ‘A’ Police Station, arrested and formally charged Dwayne Omar Gittens, 35 years, of No Fixed Place of Abode with two counts of murder. He is charged as follows: 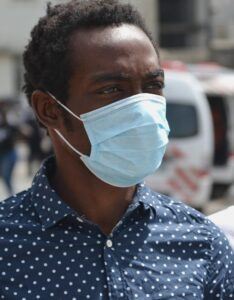 He appeared at the District ‘A’ Criminal Court No. 2 before Magistrate Kristie Cuffy-Sergeant where he was not required to plead to the indictable offences.

He was remanded into custody to HMP Dodds prison and ordered to undergo a psychiatric evaluation. He is scheduled to reappear at the District ‘A’ Criminal Court No. 1 on Wednesday 24th July 2020.