Two of the most vilified and satirised leaders from America were the 44th and 45th Presidents of the United States, while internationally, also possibly Theresa May, Prime Minister from the UK, each taking their spoofs and slings differently.

Theresa May and Barack H. Obama for the most part treated the slurs and jokes as non-existent (as far as I’m aware) for the most part, however the 45th President of the USA has practically declared war on any blogger, journalist or editorial cartoonist who dared cast a shadow on his aegis. It appears the Oppositions of Barbados have equally porous epidermis and choose the scapegoat of The Bajan Reporter to visit their wrath?

When Joe Atherley decided to break way from the 30 seat landslide of May 25th last year, the immediate public reaction was to say either Judas Atherley or Bishop Iscariot referring to the Bible and what led to what we now refer to as Easter in Christianity. On Facebook, I made my fair share of similar jests, even drawing a parallel between 30 pieces of silver and the change in salary between a Back Bencher and and Opposition Leader…

My encounters with Atherley have been long and contentious, when Bajan Reporter started as a blog in 2006 I had a series called the Invasion of Strathclyde and even reported it to the Nation when Emmerton residents were relocated without even a Town Hall notification, and a Cabinet Minister of the day wanted to know what I did Joe Atherley? The Minister said Atherley declared I was a stinking Dem and needed firing (I was at SSA back then for their PR).

I brought this up when Atherley finally deigned to show his face in Strathclyde in January 2018, I also asked him in front of neighbours why he took so long to show up… If his eyes were laser beams, I’d be ash! He denied the Cabinet comment, and also said he cannot be in every district of his constituency every time all the time, like I said, he was not at all pleased – but I said it to his face and not behind his back, as is the favourite Bajan way of so-called parlance!

I confronted Atherley again in December that same year in front of Deputy Speaker Gline Clarke outside of Cave Shepherd on holding Press Briefings in the West Wing without Bajan Reporter’s presence, he vowed to remedy this… 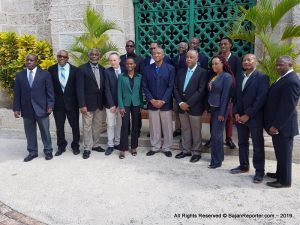 In January, I was invited to my first (and so far, last) when his Opposition team were reviewing the Central Bank’s report and I observed how while critiques were given, no alternative policy was offered – so I guess this was a no-no?

Therefore, not surprisingly, it seems BajanReporter.com has been targetted for a blackout by certain Opposition parties this weekend, not unlike Jeff Acosta from CNN in his tussle with the 45th President of the USA.

I was seconded by Christ Is The Answer 90.1 FM to handle their News since September 2015, and while there, I made sure the station has been at the forefront for ensuring news related to Christianity has been given prominent airplay – be it following Israel and the Middle East with negotiations, the Pope and concerns he expresses, Caribbean clergy speaking on education or Homosexual matters and even so far as the Pentecostal Bishop here on the situation with Medicinal Marijuana.

So how is it Bishop Joseph Atherley did not invite CITA Radio for the launch of his political party this weekend? It appeared in TV, Print and on every other radio station – except 90.1 FM. Aren’t Christians to disregard calumny 70 times 7 and turn the other cheek? 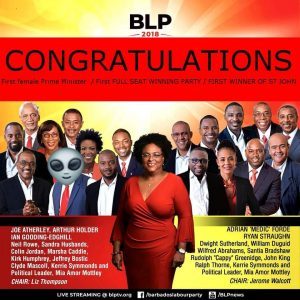 Perhaps this was Atherley’s final straw, I had an Anniversary notice and when readers complained of his appearance, using smartphone apps I made a modification which generated some controversy…

In addition, the United Progressive Party held a small political gathering which was made known on the public venue of Facebook. But their way to handle disagreement is rather astounding, to say the least?

As this commenter noted, if you can’t take criticism, why vote for you?

It concerned a meeting ‘The Day Barbados Defaulted,’ and according to the notice which was screen shot for documentation; “What are People Feeling on the ground? Come and discuss the fallout for Barbados and Barbadians on Barbados’ IMF Strategy, the the 27 million paid to White Oak and the implications of default. Come and get beyond the PR.” at no point did it say Closed Door session.

Two different readers questioning the presentation of an internet article are immediatey branded by a UPP Moderator as a Yardfowl? Is this how you Win Friends and Influence People?

CITA was told no Media allowed at the Dayrells Road session which had no more than a dozen or 15 present, this edict from their new Chairman, Everton “Heru” Holligan who claimed the speakers against current Budgetary measures ‘don’t wish to be compromised.’ 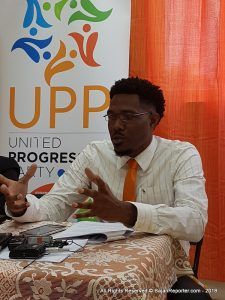 While no other Media Houses were present, yet it would be recalled how the UPP and BajanReporter.com had a major disagreement when Charleston Taylor left their Party in a flamboyant video interview shortly before elections last year. Their erstwhile chairman Lynette Eastmond accused me of exploiting Taylor, then days later Linda Field the UPP Shadow candidate of St Lucy left for the same reason as Taylor.

Here is the underlying fault with all Bajan opposition movements. You expect praise and hegemony, yet you were created out of a desire for difference and not accepting what you were given as the best, yet when the public in whatsoever form chooses to question any given party or its practitioners, suddenly the public is treated like the very pariahs you felt you were to create your movement. 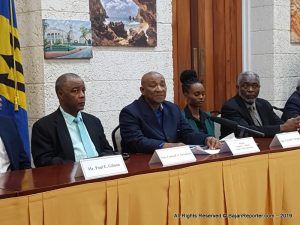 BLP spawned the Dems, Atherley’s Pee-Pee and the UPP; there was NDP from the Dems and there was also the erstwhile BIM the so called Integrity Movement; plus Solutions created after Fumble Stewart said only parties have the right to object. All of these initiatives born of not recognizing the main herd as the final say, now average Bajans question these Mavericks and they are vilified for not being acolytes of a given cause, and all you really expect to win votes this way?

It seems the only way Opposition parties invite certain Media is if they are liked in advance? It would be a pity if Barbados is becoming Trump versus Jeff Acosta!