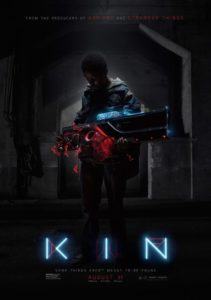 Released from prison, Jimmy (Jack Reynor) finds trouble with a gang (James Franco) and gets help from his younger adopted brother (Myles Truitt) and a weapon he found.

Co-directors Jonathan Baker and Josh Baker‘s Sci-Fi action thriller features James Franco, Zoe Kravitz, and Dennis Quaid. A young boy (Jack Reynor) finds a powerful otherworldly weapon, which he uses to save his older adoptive brother (Myles Truitt) from a crew of thugs. Before long, the two of them are also pursued by federal agents and mysterious mercenaries aiming to reclaim their asset.