This July and August, expect the unexpected from HBO’s Saturday night movie lineup, with two months of back-to-back exclusive movie premieres every Saturday night at 21hrs AST* that will dip viewers’ toes into every possible genre and keep them on the edge of their seats. From potential award-winning films to those that assembled dream casts, these films have seen their share of controversy and excitement. The most coveted night of the week belongs to HBO, home to the most provocative programming on television today.

Here are some of the films premiering this July, exclusively on HBO:

Taking shelter under a mountain pass during a blizzard, the group meets four strangers and the eight travelers suddenly realize they may not make it to their final destination. The Hateful Eight is directed by award-winner Quentin Tarantino. 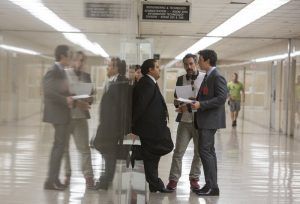 It’s the aftermath of 9/11 and two unassuming childhood friends, portrayed by two-time Oscarâ nominee Jonah Hill (The Wolf of Wall Street) and Miles Teller (Whiplash), become the ultimate schemers who infiltrate a treacherous world as international arms dealers that ultimately proves to be way over their heads.

The following films premiere this August, exclusively on HBO: 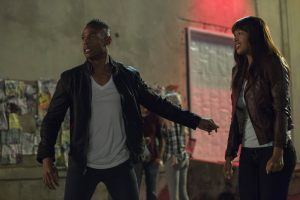 Despite their differences, Hannah and Christian continuously surprise each other with how far they’re willing to go to ensure their relationship lasts. The comedic spoof stars Marlon Wayans and Kali Hawk. 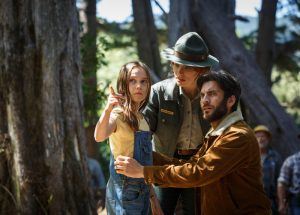 Redford’s daughter, portrayed by Bryce Dallas Howard (The Help), takes it upon herself to lead the quest to uncover the truth. The film is a magical tale of love and faith.

With the voices of some of television most iconic comedic stars, including Andy Samberg (Brooklyn Nine Nine), Kelsey Grammer (Frasier), and Jennifer Aniston (Friends), Storks is a heartwarming animated tale that will warm the hearts of the whole family.

All of these films will also be available on HBO GO, the digital platform for premium entertainment. HBO GO can be accessed through any mobile device with iOS 7.1+ (iPad, iPhone, iPod Touch) or Android (OS 4.0+) operating system and at www.hbogoca.com. HBO GO can also be enjoyed on the TV screen with Chromecast and Apple TV.

The platform is also available as an independent online subscription through the Apple App Store and Google Play Store digital stores, as an on-demand service with participating operators and as an add-on complement at no additional cost with a subscription to the premium pay-TV HBO/MAX package.