As Barbados draws closer to its 50th Anniversary of Independence, residents and visitors have been told to brace themselves for a “brilliant review” of the last 50 years of Barbadian culture.

Speaking at the official press launch of the Golden Anniversary Spectacular Mega Concert, Deputy Chairperson of the 50th Anniversary of Independence Celebrations Coordinating Committee, Senator Dr. Esther Byer Suckoo, revealed that “the cultural offerings of the evening are designed to bring feelings of nostalgia, while at the same time, celebrate our present“.

She said that persons planning to attend the free event on Wednesday, November 30, at the Garrison Savannah, at 8:00 p.m. can prepare for what promises to be one of the most eclectic cultural displays of our time.

“Powered by FLOW our major sponsor…the cast will include over 500 persons. It will be the coming together of Barbadian talent, a showcase of Barbados’ musical genius which will highlight iconic Barbadian moments, sights and sounds of the last 50 years from 1966 to 2016…

“This will be done through the fusing of video narratives and cultural performances that will cover all genres of Barbadian music, including spouge, gospel, folk, calypso, jazz and other elements of our culture,” the Minister outlined. 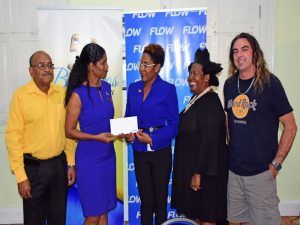 Explaining that the event will comprise three main segments from 1960 to 1980; 1980 to 1990; and the 1990s to present, Senator Byer Suckoo further noted that four major bands would perform special renditions and hits. These will be The Sandpebbles, The Independence Gala Band, Spice and Company, and the Nicholas Brancker Orchestra.

The Deputy Chairperson lauded the main sponsor FLOW, the 50th Anniversary of Independence Celebrations Secretariat and the National Cultural Foundation for the operational planning and development of the mega concert.

The four-hour event will climax at midnight with a fireworks display set to music.