Barbados is poised to welcome the next generation of mobile telephony.

In another first, leading telecommunications provider Flow has announced the successful testing of its Long Term Evolution (LTE) network, a move that will see Barbadians welcoming the fourth generation mobile technology that has evolved from its predecessors 3G, 2G and 1G.

“We are very pleased to report that we successfully placed our first LTE test calls in early October and we are now looking forward to the full rollout of LTE technology in Barbados later this year,” said Niall Sheehy, Managing Director, Flow Barbados.

“LTE will give mobile users an enhanced experience of the Internet, as if they were connected to a fixed broadband line, with faster upload and download speeds. It’s like if your phone or tablet was at home on a broadband connection.” 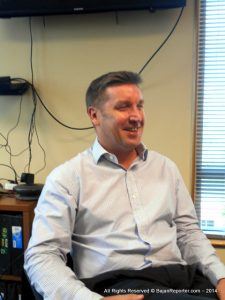 Sheehy said Flow has a number of LTE test sites currently online in Barbados and when fully launched will be yet another milestone of telecoms success for the country.

“As Barbados celebrates its 50th year of independence, Flow is excited to be launching LTE on the back of its other high profile achievements including the rollout of fibre to the home network and the launch of 1Gigabit broadband. We are currently working with the Telecoms Unit and other telecoms providers to ensure that Barbados is at the forefront of technology in the region.”