Where there is Crop Over, there will be Flow.

So says Barbados’ leading telecoms provider who will this year pump more than half-a-million dollars into the world’s ‘sweetest summer festival‘ as part of its ‘Big Blue Summer‘ campaign. 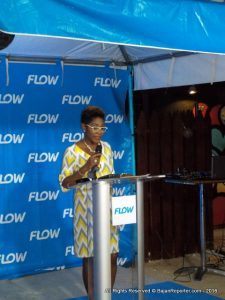 According to Marilyn Sealy, Director of Communications and Stakeholder Engagement, the company is demonstrating its support of Crop Over by partnering with several corporate entities and private groups to facilitate the hosting of numerous events and fetes including Flow Soca on de Hill at the Farley Hill National Park on July 17th and Dis is Rick at the BTI Car Park on July 30th.

“Flow is dedicated to connecting people, and we are always seeking new ways to develop innovative ideas that are able to bring Barbadians closer together,” she said.

“At Flow, we are driven by a mission of ‘Connecting Communities…Transforming Lives‘, and we see our yearly investment in Crop Over as one of the most prudent we can make.” 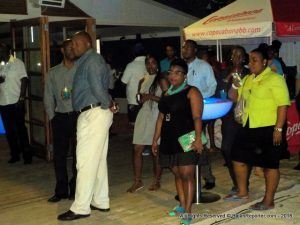 The company will also have a heavy presence on the road with bands such as Mixed Nutz, Island Fusion, Colours, Flair, Chocolate Army, Caesar’s Army, EV Entertainment, Aura, Outrage and Baje International.

“During the summer months, we also offer individuals, groups and small businesses a wide range of telecommunications services free of charge, in addition to promotional materials and onsite branding of party venues,” added Sealy.

“We also always make it our priority to utilise local vendors for various supplies and services, ranging from the most basic of items like t-shirts to the grandest of installations such as performance stages.

Sealy also noted Flow’s new partnerships with the Barbados Beverage Alcohol Alliance, Consumers’ Guaranteed Insurance (CGI) and BeepCab to help promote messaging about the responsible consumption of alcohol and the importance of a designated driver.

“When combined, these ingredients have the potential to preserve our proud Bajan pedigree and deliver an impactful contribution to the entire country and our economy,” she said. 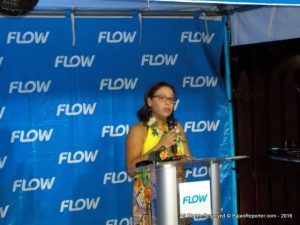 Flow’s ‘Big Blue Summer‘ was launched with the ‘Big Blue Party‘ for company stakeholders at Copa Cabana Beach Club. It continues throughout the season with many exciting activities such as the ‘Big Blue Live‘ concert in Hero’s Square which will follow an island-wide motorcade on July 16th.

During the free event, there will be live performances from Flow ambassadors including Lil Rick, Peter Ram, Blood and Nikita among others.