Virgin Atlantic to increase their weekly flights to Barbados from London, Gatwick & Manchester in summer 2017

Barbados is set to receive even more visitors out of its No. 1 market as Virgin Atlantic has announced it will increase flights into Barbados from London, Gatwick and Manchester effective April 2017.

In making the announcement, Virgin noted that, “this decision was made to assist in enabling us to meet increased demands during peak season and we wanted to offer our customers more choices when they fly.”

In Barbados, arrivals out of the UK rose by 10 per cent to reach 71,263 stay over arrivals during the first quarter of 2016. “Increased capacity is always a sign of confidence in a destination and we are pleased that Virgin Atlantic will be making it easier for more travellers out of the UK to visit Barbados,” said BTMI Director, UK, Cheryl Carter. 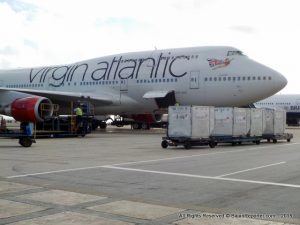 During the month of April 2017, two additional flights per week will be added, so that Virgin will operate nine flights per week from London, Gatwick to Barbados. The extra flight days are Wednesdays and Sundays. In addition, during summer 2017, Virgin flights from Manchester to Barbados will also increase to two flights per week on A330 (266 seats), rather than the regular one per week on a 744 (459 passengers).

The A330 will then be increased to three flights per week during the school holiday period from late July to the end of August. The increased flights will result in the availability of approximately 5,600 more seats on Virgin Atlantic during summer 2017.