Caribbean’s Next Top Model – Set for Season 2 Series, on point, thanks to FLOW

Young women from all over the Caribbean began chasing their dreams of success as career models, when the second season of Caribbean’s Next Top Model (CNTM) made its premiere on Flow TV. Cable and Wireless, which operates both the Flow and LIME brand, is the premium sponsor for the show’s sophomore season, which will run for 11 episodes. 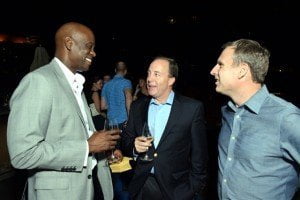 The Caribbean reality show is based on the successful original production – America’s Next Top Model. This regional programme follows the stories of young women seeking to launch a career in the competitive world of modelling, and is produced and presented by Wendy Fitzwilliam, a former Miss Universe, successful model and entrepreneur. 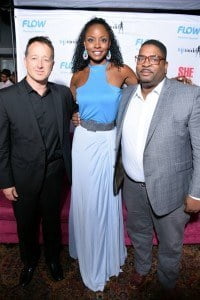 “We are extremely excited to be partnering with Wendy Fitzwilliam and her Caribbean’s Next Top Model team,” said John Reid, President of the C&W Communications, Consumer Group. “We are not just committed, but we are also proud to support Caribbean producers who generate quality local content for the region”. 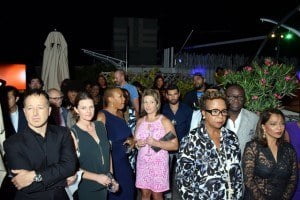 A section of the audience at the launch party at the Betsy Hotel, South Beach, Miami

Reid also noted that customers now have more options to access the exciting regional programme across multiple platforms, including their TV and other smart devices, where the mobile option was available. Customers in Jamaica, Trinidad, Barbados, Cayman, and Curacao will also be able to access the show at their convenience using Flow’s Video on Demand (VOD) feature. Aside from the many viewing options, Flow customers, will also be able to participate in other exciting promotions including weekly SMS competition to win a new iPad, tablet, or other great prizes.

Commenting on the partnership, Fitzwilliam said, “It is so refreshing when a corporate entity recognises the need for support and undertakes the responsibility of enabling the development of Caribbean talent and content – Flow has definitely got it right. With Flow you get more – CNTM’s fans will get a wholesome entertainment experience, one that is as interactive and engaging as possible. With Flow’s quad play technology, viewers can truly enjoy the upcoming season to the fullest extent.” 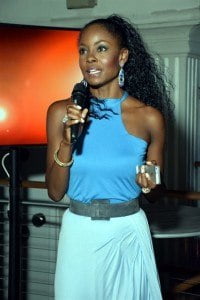 Caribbean Next Top Model began broadcasting simultaneously on the Flow TV platform across the region on Monday nights since October 19 at 7:30 pm in Curacao, Jamaica, Cayman Islands and at 8:30 pm – in Trinidad, Jamaica, Barbados, St. Vincent and the Grenadines, Grenada, St. Lucia, Antigua and Barbuda and The Bahamas. As the season unfolds, each CNTM episode will first air on Flow TV and will then air on other stations, five days after the initial Flow airing.