Despite being the youngest Life Insurance provider on the island, ICBL has proven that age is indeed just a number, by capturing the Barbados Association of Insurance and Financial Advisors (BARAIFA), Agency of the Year Award for 2014.

ICBL received the award at the recently held awards ceremony, where they were also recognized for having the highest percentage of awarded agents, with 100 per cent of those eligible taking home awards for their performances in the past year.

The company saw two of its agents receiving the prestigious Inner Circle Award, having written business for between 40 and 50 lives and attaining between $70,000 and $100,000 net API (Annualized Premium Income) with a persistency of 90 per cent; while 14 took home the Barbados Production Round Table Award in recognition of their successful efforts in obtaining between $40,000 and $70,000 API in 2014. 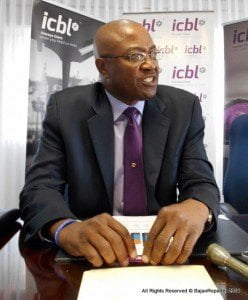 Head of ICBL’s Life Division, Henry Inniss, said the achievement is a reflection of the hard work which has been put in by the agents and the company since coming into the market:

“Having only been involved in the Life Insurance business since 2008, this is a great achievement for us and is a manifestation of our commitment to providing our customers with the highest level of service, as well as our focus on developing market leading products to suit their specific needs.

“2014 was certainly a great year for us and the signs are there that 2015 will also bring very good results. We have a number of new agents on board who have already exhibited a level of enthusiasm that has allowed them to be successful thus far, therefore, we are expecting an even better overall performance”, Inniss added.