Be it Hurricanes or Hackers, companies must treat Disaster Recovery as vital

Information Technology (IT) firms’ need to shore up constantly upgrading IT targets for recovery juxtaposed with more frequent and lower-cost testing while understaffed, or without requiring a significant time commitment by existing IT staff led to the formation of the Disaster Recovery as a Service (DRaaS) market… 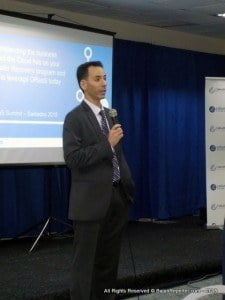 The evolution of Cloud Computing and the need for organisations to have a DRaaS strategy was detailed by Joshua Geist – President & CEO, of Geminare – Influential leader within the Cloud industry.

The guru went on to sing the praises of CWC/CBS (Columbus Business Solutions, part of Cable & Wireless Communications) in their jockeying for positioning and their importance of earning a placing as the sole Caribbean company listed on the Gartner Magic Quadrant in 2015, this service provides a Global comparison of the top DRaaS providers. 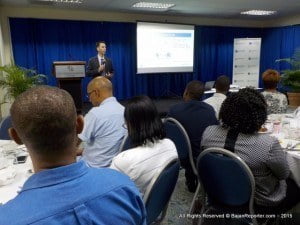 Geist added how CWC/CBS was beyond targets in terms of how many actual disaster declarations which got serviced. 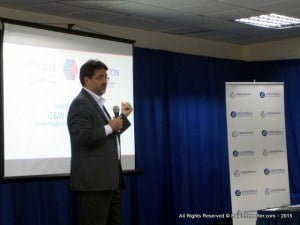 Marcello Oliviera gave a lively demonstration of the CWC/CBS DRaaS solution; showing how simple it is to select options with a “one, two clicks” via their online portal.