As part of mandate of the recently established Rapid Response Unit (RRU) of the Ministry of Trade, Industry, Investment and Communications, to be easily accessible to provide a Government response in real time. Senator Vasant Bharath, just met with four (4) key members of Port Of Spain’s media fraternity to continue the conversation started earlier this year in March, when the RRU was officially introduced to members of the media. 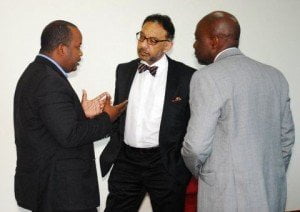 Minister Bharath reminded the executives present that this is “a conversation with you on how we can make ourselves more readily available to your media houses and representatives. With a view to ensuring that your stories are complete by way of providing all sides of the issue.” 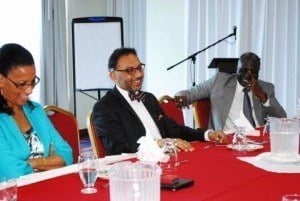 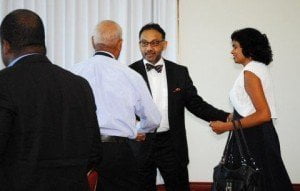 Discussions were also had on how to better serve the needs of the media, through the RRU. 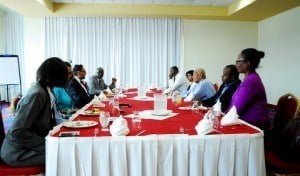 The Senator (3rd left) with members of the media at the luncheon meeting (EDITOR’s NOTE: Hope Kamla does not feel because the Media is fed, then they must do as asked/told? If it is of the taxpayers’ bill then Gov’t must needs hear out journalists and not other way around!)

(EDITOR’s NOTE: Who determines what are the Media‘s needs and if the Government‘s needs are balanced? Where are lines drawn to decide if Media is too far in acquiring or disseminating data or Government borders on censorship in wishing to ensure a certain viewpoint is to be touted?)