Kemar Doughty is a 21 year old Barbadian writer who created a fantasy thriller for young Bajans. Writing from very young, he was inspired to write what became his first published book. He says he’s the first author in his family, which he reveals with an almost embarrassed grin… 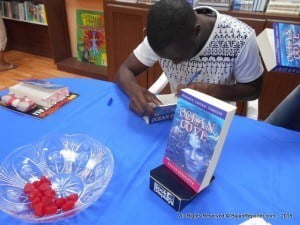 Now available at Chattel House Books in Sky Mall, “Ocean Cove” tells a vivid story combining elements of suspense, fantasy, romance, action and adventure. Kemar writes of a young man facing a huge struggle with apparently ironclad odds, whose triumph over difficulties is propelled by an uncanny attraction to a beautiful girl – his first love. He’s willing to stop at nothing to make sure she stays in his life.

This novel developed after his learning of a story from his friend’s grandmother about a man from Saint Peter who died at sea, according to legend, at the hands of a creature that was half-human, half-fish. 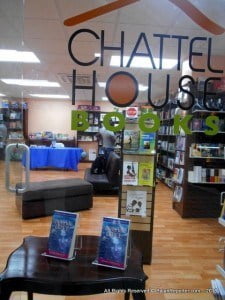 As one gets deeper in the book you discover a dreamy romance, yet it’s also quite the thriller, and a feast for the imagination. Kemar brings mermaid folklore to life and concludes it with an exciting, epic battle!