Critical Thinking is Essential for every Barbadian Child

Edu-Tech was introduced into the island’s school system not only to familiarize students with modern technology, but to change what we learn and to change how we learn. 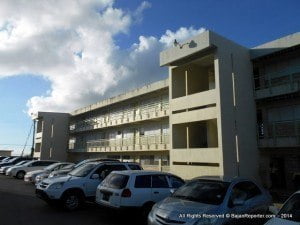 Opposition Leader Mia Mottley made this observation when delivering the keynote at the annual speech day and prize giving ceremony of Parkinson Memorial Secondary School in The Pine, St Michael.

Mottley, who once held the portfolio of Minister of Education under a Barbados Labour Party administration said: “It is on those two objectives that I believe that there is still work to be done. And the work that is to be done largely coincides with the theme of this speech day, which is Meeting The World Of Challenge With Creativity, Skills And Positive Values.

The St Michael North-East MP argued that with the rapid changes that had overtaken the world, it was important that students leaving school in Barbados be able think creatively and critically in order to face the challenges of the world. Taking a critical look at the current social and economic challenges with the delivery of services to the island’s people, Mottley contended that for the first time Barbadians had begun to doubt themselves as a people. 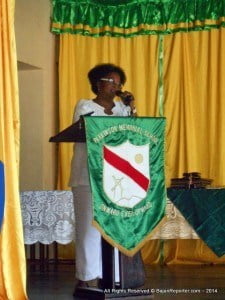 “We have begun to doubt ourselves as to what we must do. And all of the things that should be protected the most become the first things and the easiest things to be dismantled.

“Today I have watched the children come on the platform achieving within the school. However, I ask myself how many of these children in two, five, seven years will be given the opportunities like those who attended Parkinson like director of the National Insurance Scheme, Ian Carrington, Colonel Alvin Quintyne of the Barbados Defence Force, Dorsie Boyce and Rodney Grant of the Pinelands Creative Workshop, who showed the role non-governmental organizations can play in development.

“How many of the present school population would get the opportunities of students attending Parkinson Secondary School between 1961 and 2013?” Mottley asked.

Mottley argued that there was a Barbadian DNA or a Barbadian way that stressed the importance of education in a country that had 200 primary schools in the 1900s and six secondary schools.