Caribbean countries whose value is fixed to the US dollar should benefit, at least in the short term, from the fall in oil prices and the strengthening of the American currency. Oil prices fell to below US$65 a barrel for the first time in 5 years, while the US dollar strengthened against every major currency, including China’s Yuan.

In a general sense, the reduction in the oil price will benefit all countries, particularly the developed nations whose working population will have more disposable income and will spend more on goods and services such as tourism. In turn, this will help to rejuvenate economies worldwide for as long as the oil price remains low.

The further and specific benefits to countries whose currencies are linked to the US dollars should come in three important ways. 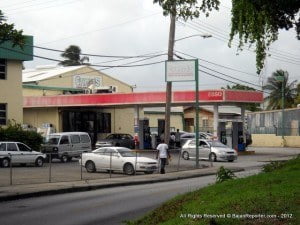 First, the cost of energy has been among the biggest and most variable costs bedevilling every business in the Caribbean, especially manufacturing and tourism. Lower prices for oil – if governments and oil importing companies pass on the price reduction – should reduce the cost of energy to businesses improving their financial performance. On that basis, businesses should rally their profitability and either pay more taxes to the government or expand their operations, including by employing more people. Consequently, domestic economies should improve to some extent.

Second, since less US dollars will be needed to pay for oil imports than over the last 5 years or so, the foreign exchange reserves of these governments should increase bettering their capacity to pay for all their imports.

Third, the debt of most Caribbean countries is denominated in US dollars. The major exception is the debt to China that is linked to the Yuan. When, in recent years, the value of the Yuan was increasing against the US dollar, this was a worry. Now that the Yuan has weakened against the dollar, servicing the Chinese debt should be easier though it might not be a long term prospect.

Taking the second and third points above the foreign currency exposure of the countries, whose money is pegged at a fixed exchange rate to the US dollar, will be considerably improved at least for now. 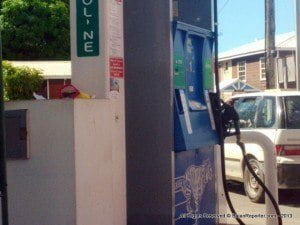 In the Caribbean, the countries with fixed exchange rates to the US dollar are: Antigua and Barbuda, Bahamas, Barbados, Belize, Dominica, Grenada, St Kitts-Nevis, St Lucia and St Vincent and the Grenadines. They are members of the Caribbean Community (CARICOM) along with Haiti, Guyana, Jamaica, Trinidad and Tobago and Suriname. The currencies of the latter named countries float against the US dollar, so they are unlikely to be affected in the same way from the strengthened US dollar.

If the governments and business sectors in the countries with fixed exchange rates take advantage of the lower price for oil and the strengthened US dollar by taking measure to boost their exports and their tourism, they will not only improve their foreign exchange situation, they could hedge against any future crisis in the global economy and in their own economies.

Of course, tourists from the European Union (EU) countries, particularly Britain, will find that the cost of their holidays to the Caribbean will rise since almost every hotel in the region quotes prices in US dollars. In this circumstance, hoteliers would be sensible to take advantage of cheaper energy prices to adjust their prices so as to continue to enjoy a significant share of the EU market while consolidating their place in the US. This calls for joint planning and implementation by the Hotels and Tourism authorities of all these countries both individually and collectively.

In other words, to benefit both from lower oil prices and the currency peg to the US dollar, there must be greater investment by governments and the private sector in productivity so as to raise their competitiveness.

For those countries whose currencies are not pegged to the US dollar, their options are different. But, they too benefit from lower oil prices. Therefore, the productive sectors of their economies should enjoy a fillip to improve exports, uplift their private sector and reduce the cost of living to the general population. They could use the gains of lower oil prices to improve their foreign exchange reserves both to service existing debt and to hedge against any future challenges to their economies. However, the strengthened US dollar will increase the price of imports from the US and the cost of tourism from Europe. The balance is that their exports to the US and their tourism from the US will profit.

In the Caribbean, there has always been a debate over whether or not exchange rates of currencies should be fixed. So, two further issues arise about currencies in the 15-nation CARICOM community group which, in addition to the countries already named in this article, include Montserrat – a British Overseas territory. 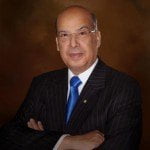 The writer is a Consultant, Senior Fellow at London University and former Caribbean Diplomat: Responses and previous commentaries – www.sirronaldsanders.com

The first issue is one of devaluing their currencies. In a sense, for those countries whose currencies are not linked to the US dollar, a devaluation has actually occurred – at least with the US. An actual devaluation generally, while making their exports and tourism cheaper and more competitive, would place a greater burden on local currency liabilities and also raise the cost of all imports. This is something that Central Bank Governors and Ministries of Finance will undoubtedly continue to consider carefully.

The second issue is the creation of a single currency for the CARICOM countries. This would not be an easy objective to achieve, though seven of them (in the Eastern Caribbean Currency Union) already have it. It has been on the agenda of CARICOM since 1990, although a few years ago work toward its realisation was “paused”. However, if anything, the financial crisis of the last few years and the present situation suggests that constructive work on a single currency, or some alternative that would allow for greater currency co-operation, would better inform how the CARICOM countries could work together – as they must – to address the financial challenges of now and the future.