The availability of molasses, improving waste treatment facilities at the region’s rum distilleries and the status of a promotional campaign for Caribbean rum were discussed as over 30 regional rum company executives gathered for the Annual General Meeting of West Indies Rum and Sprits Producers Inc (WIRSPA) at Accra Hotel in Barbados.

A key item on the agenda will be the US Cover Over Tax Scheme which is presently having a major detrimental impact on the price of bulk rum in the US market and is making a dent in regional exports.

In addition to the AGM, there will be a technical seminar as well as a meeting of the Directors of WIRSPA as Caribbean Rum Producers seek to address some of the issues affecting the US $500 million export industry. 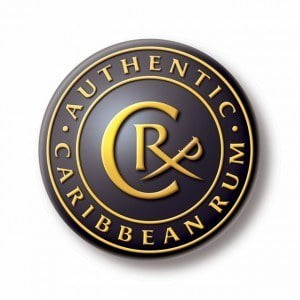 One major item on the two day agenda reviewed for the status of the promotional campaign, currently running in Europe and to start in the US next year, for the Authentic Caribbean Rum (ACR) Marque which was established during the last 10 years.

This campaign was designed to educate the trade about the ACR Marque and ACR brands. The Marque is a symbol of authenticity, provenance and quality for rums within the WIRSPA family. The idea behind it is to help businesses and consumers identify ACR brands, thus promoting the development of Authentic Caribbean Rum as a distinct sector within the world wide drinks industry.

Other areas of interest covered at those meetings was the availability of key inputs in the production processes for example molasses, its cost and availability which is of major concern to the producers.

Free Trade negotiations between CARICOM and Canada, as they work to ensure continued access to the Canadian market, will be one of the topics on the International trade side of the agenda for the meetings on December 10th and 11th. In addition, they will also look at developments in the EU Market as it pertains to the arrangements with other countries that serve to erode preferences of the regional brands and they will also take a critical look at the harmful use of alcohol.

This crucial industry employs more than 10,000 persons throughout the region and is estimated to pay annual taxes to regional governments in excess of US $250 million.