The matter has to do with the death of a patient at the Princess Margaret Hospital (PMH). 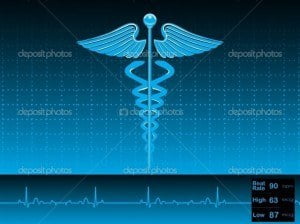 The claimant’s case is that on 10th April 2012, deceased St. Rose, went to the PMH complaining of pain to her left ankle at which time the 1st defendant (Dr. Robertson Thomas) was on duty at the Accident & Emergency Department.

He examined the ankle and diagnosed it as ‘fractured.’

He fitted the ankle with a cast and authorized medical leave from work for St. Rose.

On 16th April 2012, at approximately 2:00 pm, the deceased went again to the Accident & Emergency Department at the hospital complaining of feeling extremely weak and having severe difficulty breathing, shortness of breath and chest pain.

She was fitted with an oxygen mask and told to wait.

The 1st defendant was on duty at the A&ED throughout the entire afternoon while St Rose’s breathing became progressively worse and her blood sugar became elevated, however he did not examine her.

After approximately five hours lying in the A&E of the hospital, the 1st defendant came into the room where St. Rose was and informed the claimant (Johnson) that her daughter (St. Rose) would not be going home that night because she was being admitted to the Glover Ward at the hospital.

St. Rose died within an hour of being admitted. (THE REST OF THE STORY CAN BE FOUND BY CLICKING here)