IT’S LIGHTS OUT FOR HBO’S “THE NEWSROOM”

HBO announced the premiere of the third and final season of the hit original drama series The Newsroom on November 9th in the Caribbean, simultaneously with the United States. Created by Oscar® and Emmy® winner Aaron Sorkin, the series comes to an end with a six-episode season, centered on the personal and professional challenges faced by news anchor Will McAvoy (portrayed by Jeff Daniels, who won an Emmy® for his role on the series) and his newsroom team.

Since its premiere in 2012, Golden Globe® nominated series The Newsroom has taken a behind-the-scenes look at a tumultuous cable-news program at the fictional Atlantis Cable News (ACN) Network, focusing on the on- and off-camera lives of its staff and their quixotic mission to do the news well in the face of a fickle audience, corporate mandates and tangled personal relationships. 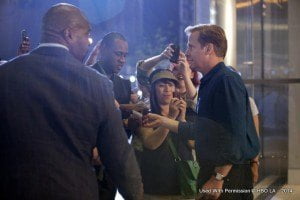 The series remains one of the most intelligent and entertaining on television and has garnered critical acclaim throughout its run, including Emmy® nominations for two consecutive years for Jeff Daniels as Outstanding Lead Actor in a Drama Series (winner in 2013) and for Jane Fonda as Outstanding Guest Actress in a Drama Series.

At the end of season two, Barack Obama has just been reelected, and Will and Mac (Emily Mortimer) announced their engagement after their resignations – in the wake of the Genoa debacle – were refused. Though ACN may be fictional, the stories it features are drawn from recent headlines. 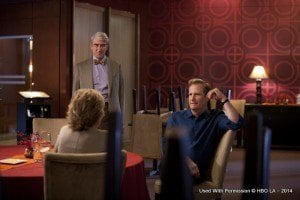 Season three begins five months later on April 15, 2013, when explosions at the Boston Marathon send the newsroom into overdrive. Set against this backdrop, the season kicks off with a highly charged look at the core issue of maintaining journalistic integrity in the era of 24-hour news cycles, while crowd-sourcing and “citizen journalism” result in the dissemination of misinformation.

Aside from highlighting real-life news stories, the final season of The Newsroom also focuses on two major fictional story arcs: the possible takeover and fight for control of ACN, and the repercussions that follow Neal’s (Dev Patel) receipt of confidential documents leaked by a mystery government source (i.e. – The Edward Snowden case), unleashing a legal fire storm.

As subpoenas are served and hostile-takeover rumors fly, the team faces a myriad of challenges that threaten the very existence of ACN, as well as the relationships that its staffers have cultivated through the years. Meanwhile, the team also strengthens its efforts to do the news well in an increasingly competitive digital universe, where tweets and Instagrams often trump old-fashioned professionalism. 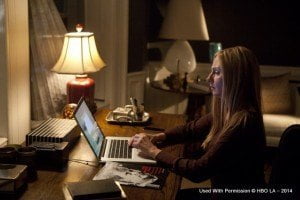 New to the guest cast in season three are B.J. Novak as Lucas Pruit, a suitor for control of ACN; Kat Dennings as Reese’s half-sister, Blair Lansing; Mary McCormack as Molly, an FBI agent who’s a friend of Mac; Tony Award winner Joanna Gleason as Charlie Skinner’s wife, Nancy; and Clea DuVall as Lily, a mysterious woman who works for a government contractor.

For the programming schedule, visit www.hbomax.tv.