Many of us pride ourselves on embracing diversity and being free from any prejudice on the basis of age, sex, race, religion, appearance, family status, income, sexual orientation, and national origin. But are we truly open and unbiased? Think again!

Because I was curious about the persistence of bias and discrimination in the face of decades’ long education campaigns to promote diversity and equality, I completed the gender section of The Implicit Association Test. (The test was developed by professors at Harvard, University of Virginia and University of Washington to measure accurately people’s conscious and unconscious attitudes.)

I was surprised at my results!

Stereotyping is a more insidious and challenging problem than initially imagined. Not only do we not always speak our minds, we may not even know our minds! The unconscious level reveals our true feelings.

Researchers found that people who firmly believe they are not prejudiced consciously monitor their responses in social interactions. They operate an internal censor that monitors overt (verbal) responses. But they do not necessarily control body language and non-verbal behavior–expressions, stance, eye contact. 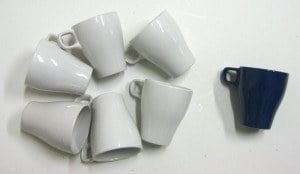 {IMAGE VIA – thetartan.org} Have you ever kept your distance from a man in the elevator with dreadlocks? Have you moved away from an overweight woman sitting beside you? Do customer service staff treat all clients the same regardless of their appearance?

Research suggests that unconscious attitudes are set by age 5, and parents compete with forces that perpetuate stereotypes–mass media, peers, and the balance of power in society. Other theories suggest that stereotypes come from in-group/out-group dynamics. As people want to feel good about their own group, they look down on outsiders; they view their group members as individuals and paint “others” with stereotypes. Not surprisingly, much of what enters our consciousness comes from the culture around us.

What can we do about Unconscious Biases?

A leading scholar in the field, Dr. Patricia Devine, likens bias to “habits” that can be broken. Three conditions need to be in place for individuals to successfully “de-bias:”

It is a challenge for leaders to be aware that unconscious biases can strongly influence decisions, as well as how they treat colleagues, staff, clients and stakeholders.

Are you curious to test your own unconscious biases about age, race, weight, gender, sexuality, nationalities, and skin tone? Click here to try The Implicit Association Tests

Do you show leadership in addressing explicit biases shown by staff or colleagues? How?

Have you successfully addressed a prejudice you held? Was it due to your own actions or fortuitous circumstances? What worked for you?