American Airlines is significantly boosting its service to the island of Martinique, according to Caribbean Journal’s Alexander Britell.

Less than two years after the carrier first launched a single Saturday direct flight to the French department, American announced it would be increasing service to six daily flights per week beginning in the summer of 2015.

The announcement was made during a Martinique travel show in downtown Miami on Friday.

It comes as American rolls out a new weekly Wednesday flight to Martinique on Nov. 12th. 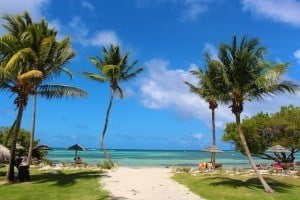 {Cap-Est in Martinique (CJ Photo)} Through an interline agreement, American also connects to Martinique from Miami via San Juan each day on Seaborne Airlines.

Martinique’s ramped-up tourism efforts have been paying off of late, with a 4.3 percent improvement in tourism arrivals in the first half of 2014.