“The Electoral System in the Caribbean: Reform Please!” By Rebecca Theodore

Most people agree that the electoral system is one of the gravest dangers facing democracy in the Caribbean. For sure, in order to safeguard and shield their individual rights and freedom it is central for a democratic people to profile the government of their choosing, yet on the other hand, it is also essential to understand that the very tenets of democracy can be destroyed if partisan politics continue to govern the electoral system in the Caribbean.

While it may appear as a dangerous fallacy to suggest that “electoral offices in many Caribbean states should redouble their efforts in carrying out programs of education and information to promote public awareness of the democratic process,” it is also a timely reminder to note that much of the political trend in the islands can only be understood through the electoral system.

Noticeably, it is the chief elections officer that administers and supervises the conduct of elections and not the power of a presiding government attorney. 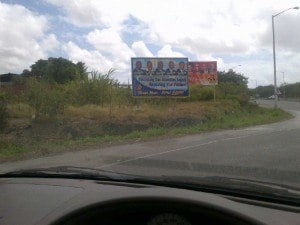 Whereas the conduct and actions of election officers in many Caribbean states are beyond reproof and they continue to serve civil society led by the sovereignty warranted in their constitutions, attention must also be drawn to the role of the Organization of American States in fulfilling its mission of providing objective analysis of the electoral process to Caribbean nations.

As a result it is now imperative for the Organization of American States (OAS) to re-examine the political environment in which the elections are taking place on the Caribbean island of Dominica as it could help thwart voter intimidation and act as a measure to preserve innocent lives and detract the use of fraud and violence.

More significantly, the OAS’ conclusive election 2009 summary that “the Caribbean island of Dominica is one of the few remaining countries in the Caribbean without a voter identification card” and its strong proposal that voter ID cards be issued in time for the 2014 general elections” has gone by unnoticed by the ruling bureaucracy.

Elaborating further, it was also the OAS’ recommendation that “the Skerrit administration in consultation with the opposition and the electoral commission, consider the implementation of an identification card system to registered voters of Dominica to facilitate the complete revision and updating of the voter registry.“

Yet this recommendation lies somewhere in limbo.

Most obvious is the fact that “despite an estimated population of 69,000 persons, the voter registry in the Caribbean island of Dominica contains approximately 65,000 names and that the list also contain names of people who are deceased or have moved out of the country and have not returned.” This problem has still not yet been amended by the Dominica electoral commission as they move on into the 2014 elections.

And it is coupled in all of these issues and the blatant disregard for the rule of law and respect for the democratic process by the ruling regime, that the recurring concern of the use of state resources for party political purposes again haunt the political domain in the Caribbean island of Dominica. 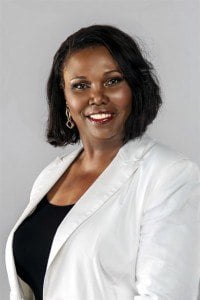 Rebecca Theodore is a syndicated columnist and independent journalist based in Washington, D.C.

Informed sources indicate that prominent government employees in various overseas missions are publicly campaigning for the ruling Dominica Labour party in violation of the rules on the participation of public servants in political activity. The mobilization and air transportation for overseas voters to return to Dominica to vote is also another concern that should be of primary concern to the Dominica electoral commission, international election observers and to the ruling body of the Organization of American States.

Moreover, if partisan extremism is also an important political trend in understanding the electoral system in the Caribbean, then the social democratic philosophy of the Dominica Labour Party now stands at bitter enmity with the United Workers’ centrist political party as the opposition remain barred access to the media in coverage of political campaigns or of opportunities to air paid advertising. 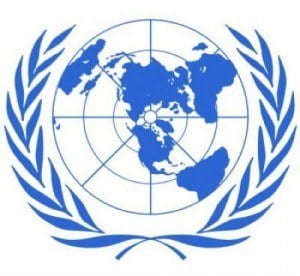 It follows that if citizens are not allowed free access to information and ideas, then they are robbed of their individual rights and dignity. The current dictatorial actions that now silences ‘open debate‘ and free expression on the Caribbean island of Dominica transgresses the United Nations human rights declaration treaty resolution 59(I) stating “Freedom of information and expression is a fundamental human right and … the touchstone of all the freedoms to which the United Nations is consecrated.”

Forthwith it must be understood that the role of the opposition is also central to a democracy and should awaken the awareness of the Dominica Christian Council and the Dominica Evangelical Association of Churches to provide an election code of conduct that ensures equal access to the media and ‘open debate‘ as validated under the modus operandi of a democracy to instigate investigations into acts of election fraud as sketched out in the Dominica House of Assembly Elections Act Chapter 20:01 of 1951, and under Part V which deals with Elections Offences.

Even as Stina Larserud, IDEA assistant programme officer on electoral processes contend that “choosing an electoral system is one of the most important institutional decisions for any democracy,” it is meaningful to note that although the colonial legacy of ‘bicameralism‘ is still favored in the legislative process, it is now time for Caribbean nations to begin reviewing and revising their electoral systems.