Digicel acquires SportsMax: founder will continue to have an ownership stake…

Under the terms of the deal, the founder and a number of the lead principals will continue to have an ownership stake and be involved in the day-to-day running of the IMC operation.

IMC has been responsible for the broadcast of major international events such as the FIFA World Cup tournaments since 2006, including this summer’s event, and the 2012 London Olympics. In 2013, SportsMax launched its 24-hour Spanish language channel, CDN SportsMax, in the Dominican Republic which includes similar content as SportsMax plus Major League Baseball.

Ranked as the number one viewed sports channel in the region, the move to acquire IMC/SportsMax comes hot on the heels of Digicel’s entry into the cable TV market with recent acquisitions in Anguilla, Dominica, Jamaica, Montserrat, Nevis and the Turks and Caicos Islands.

Commenting on the acquisition, Digicel Group CEO, Colm Delves, said; “As a complete communications solutions provider, it’s all about ensuring our customers enjoy access to the best multimedia content on the best devices via the very best network and that we meet all of their communication, entertainment and networking needs. SportsMax represents the perfect blend of sports entertainment and infotainment with a Caribbean flavour and I would like to take this opportunity to welcome the team to the Digicel family.” 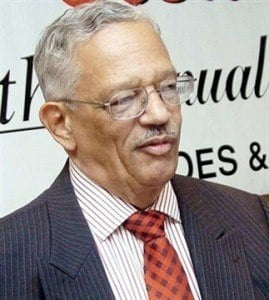 Patrick Rousseau, Chairman of IMC and SportsMax, comments; “Our commitment to excellence and blazing a trail across the region mirrors Digicel’s own commitment to delivering the very best for its customers. We are delighted to be joining with them and working together to continue delivering the best sports on television and growing our audience and reach across the Caribbean and North America.” (IMAGE VIA – jamaica-gleaner.com)