Barbados Police are investigating the circumstances surrounding the unnatural death of Mark Walton, 23 years, of Fitts Village, St. James, which occurred around 11 pm on Monday August 4th 2014, at Fitts Village. 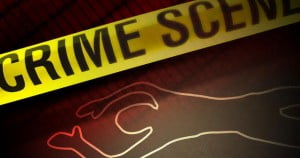 From initial investigations, Walton was at a bus shed in the area when he was accosted by two men. One of the men apparently shot him and ran away from the scene.

Walton then ran in a southerly direction from the area of the bus shed and fell nearby. He died at the scene.