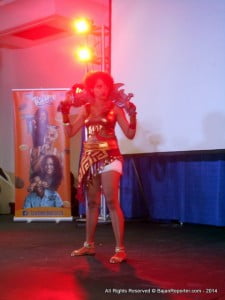 While the female Kratos, the Bajan Mace Windu & Dark Link were all very cool & accurate portrayals, it was Shannon Williams who aced the tournament – “After many years of sleeping in his coffin, the vampire Lestat awakens only to find that the world has changed and he wants to be a part of it. He gathers a following and becomes a rock star only to find that his music awakens the ancient Queen Akasha and she wants him to become her king…“

Thinking of becoming a Demi-God, or Villain, Hero or Demon? Whether as a Team or Solo next year, here are the rules for both, so be sure to click on the highlighted words to learn the rest…