The first Call for Proposals inviting applications to a new $13 million training grant for employers and training providers has begun, following a series of information workshops for over 100 prospective applicants. 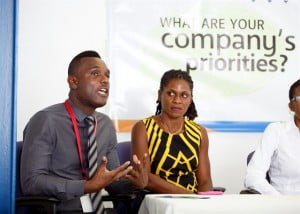 The Competency-Based Training Fund (CBTF), a Government of Barbados/Inter-American Development Bank initiative, has been established to better equip the Barbadian workforce with the skills and competencies they need to excel in the 21st century market place. A key component of the government’s Skills for the Future education and labour initiative, the CBTF will disburse $13 million over a three-year period in four cycles of funding.

Last Friday, April 11, at the official start of the Call for Proposals, Fund Manager, Anderson Lowe explained that proposals would be evaluated “in a competitive fashion to support interested partnerships of employers and training providers to develop and provide competency-based training aimed at improving the skills of employed and unemployed persons in Barbados.” 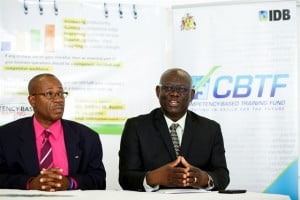 Successful partnerships will receive up to $800,000 in funding with a maximum of two years to complete their training programmes.

Mr. Lowe outlined that, “Only those proposals that comply with the following criteria will be reviewed and ranked by the CBTF’s Technical Reviewing and Selection Committee: (1) those submitted by a partnership of at least one private employer and one training provider; (2) where the training to be provided is based on competency-based occupational standards; and (3) where the training leads to certification by a recognised awarding body.”

Proposals that do not meet the criteria will be sent back to the partners with comments. Those partnerships will also be invited to resubmit their proposals in a subsequent cycle.

The Call for Proposals ends on May 23, 2014 at 4:30 p.m. with funding to the successful employer/training provider partnerships beginning in August 2014.