The U.S. Embassy to Barbados, the Eastern Caribbean and the Organization of the Eastern Caribbean States is celebrating National Library Week in a big way this year! Under the theme, “Lives change @ your Library,” libraries across the United States will be celebrating books and literacy during the week, April 13-17. National Library Week is also a time to highlight the value of libraries, librarians and library workers. 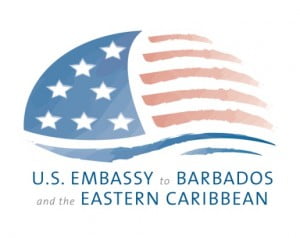 To commemorate this important event on the American calendar, the U.S. Embassy Bridgetown will present a collection of books, totaling 1,600, to the seven countries to which it is accredited: Antigua and Barbuda, Barbados, Dominica, Grenada, St. Kitts and Nevis, St. Lucia and St. Vincent and the Grenadines.

These books are an assortment of American children’s, young adult and adult books as well as educational games which will be used to enrich and enhance these countries’ libraries. The books include both fiction and non-fiction titles and cover a broad range of the American experience, from children’s classics to science and biographies of famous Americans including Abraham Lincoln, Martin Luther King, Jr. and Hillary Clinton.

The American Library Association has celebrated National Library Week for more than 50 years, paying tribute to the powerful and positive impact which libraries and librarians have on communities worldwide. Libraries have played a special role in forging the unique bond between the United States and the Eastern Caribbean – the great American industrialist, Andrew Carnegie, established public libraries in Barbados, St. Lucia, St. Vincent and Dominica just over a century ago. As we continue to navigate the Digital Age, libraries will play an ever more important role than they have historically. By providing a gateway to learning, libraries enable all nations to grow.