Back By Popular Demand: Keeping Up with Joneses (KUWTJ) – The Barbados Movie in UK

Following the premiere, the first set of dates for the wider release of the KUWTJ movie across London and the UK for May/June 2014 have been confirmed as: Stratford, Clapham and Letchworth. 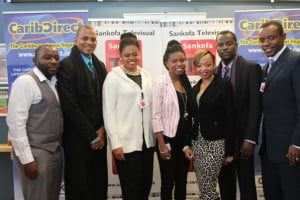 The tickets for the London premiere went so fast that the film had to be moved to a bigger screen and then that sold out as well. So, for all those who missed out last time by not booking in advance, there is now another chance to catch the film that was the first Caribbean cinema première for 2014 in the UK and the first full Barbadian feature film ever in an official British cinema.

A few more screenings across London and the UK are also being planned as part of this wider release for May and June so keep an eye out for details.