The launch of LIAT Chairman Jean S. Holder’s book “Caribbean Tourism” at the Barbados Headquarters of the Caribbean Development Bank (CDB) drew regional dignitaries who lavished praise on the book.

Dr. Warren Smith, President of the CDB, said of Holder: “Over time, (he) has become synonymous with many things – the Caribbean Trade Reference Centre (and) the Caribbean Tourism Organization, where he was the founding father and where he honed his craft as the region’s premier tourism expert. Most recently, he has been lending his experience by serving as Chairman of LIAT,” helping the airline “chart its way forward through a very turbulent period.”

The CDB chief noted: “You gain insight into the historical relationships between slavery, sugar and tourism as he traces the takeover of sugar by tourism as the main economic driver in several countries.” He added the book was more than a chronicle of the region’s history and highlighted two major points made by Holder in the book: “First, he argues that tourism and (its) related services will remain the best prospect for the economic development of the Caribbean…second, Dr. Holder makes a strong and compelling case for tourism education to begin at the primary schools and for expanding the tourism research output at the tertiary level.”

Former Caribbean diplomat Sir Ronald Sanders said the book “should be a required text for several disciplines of study at our regional universities. While the book’s central focus is tourism, its development, its contribution to the economies of the region and to the well-being of the majority of its peoples, it is more than that.” 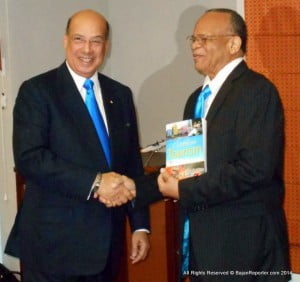 Sir Ronald added: “Students of international relations, development, Caribbean economies and Caribbean integration, and Caribbean history will all find Jean Holder’s book a vital reference for their research and for the theses they might produce on the Caribbean’s future in all these fields.”

He welcomed how the book “lifted the lid on the lingering resentment to the industry that originates in slavery and its pernicious order that compelled black people to life-long servitude to white owners. It is an important discussion to open. Not to cause festering wounds to erupt, but to heal them so that, as a civilization, Caribbean people can move on. Tourism is about service, not servitude. There is dignity, honour and respect in service respectfully given, in a context of hospitality and welcome, for fair recompense.” 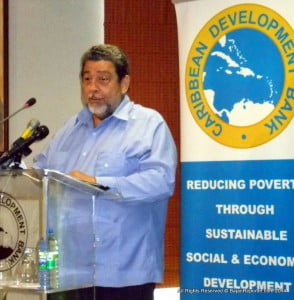 The Prime Minister encouraged everyone with an interest in the political economy of our Caribbean and its tourism to read and study Holder’s “Caribbean Tourism“.

“I agree with Sir Courtney Blackman in his foreword to the book that no one in our region is better qualified than Jean Holder to write on this subject. Holder has accomplished magnificently his task to tell in his own words ‘the story of why, when, how and where tourism, one of the world’s oldest industries, came to the Caribbean and why its journey has been so turbulent‘.”