First SXM Female Radar Controller, and Her Burning Desire to Excel: By Fabian A. Badejo for SXM Airport

“Welcome to the gentleman’s club,” blurted out a male colleague when Sophia Peterson Rismay was called to receive a token of appreciation at the end of year party of the Princess Juliana International Airport (SXM). She stepped up to the podium gingerly, unfazed, and perhaps oblivious of the remark of her colleague, which was obviously meant to be a light-hearted initiation into what indeed had until now been an exclusive male domain in St. Maarten. 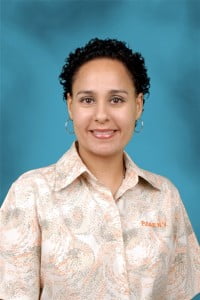 Following in the footsteps of Ms. Jean Christian, the first female Air Traffic Controller in St. Maarten, Saba, and St. Eustatius (and the second by a very narrow miss in the now defunct Netherlands Antilles), the feat achieved by Rismay can only be truly appreciated when one considers the responsibilities of a radar controller.

“You have more responsibility as a Radar Controller. As a Tower Controller, you have a beautiful view and you’re more active. But with Radar Control, it’s like a TV game. You actually see all that the aircraft is doing on the screen. You have a visual contact with the aircraft 100 miles out. It is my responsibility then to tell the pilot what to do.”

As she speaks, one gets the impression not only of a professional who is dedicated to her work, but also of someone who is excited and enjoys what she is doing.

Rismay was one of four employees hired by the airport as a Flight Information Officer just after it reopened following the devastation caused by Hurricane Luis in 1995, which paralyzed the facility for months.

“I had actually wanted to go into business or become a lawyer,” she confessed. “But this is completely different: I love my job!“

A go-getter, Rismay, a Milton Peters College alumnus, did her Air Traffic Service (ATS) training in Canada and Trinidad and Tobago. She served nine years as a Tower Controller.

“The job places a lot of demand on you. You have to have full concentration,” she said.

Asked whether being the only woman among a group of men affected her performance in any way, Rismay responded: “Not at all. As an Air Traffic Controller, the guys didn’t look at me as a woman. I had no special treatment and didn’t want any either. They (her male counterparts) say they consider me one of the boys. I had to work the late shifts, the busy schedules, etc. just like anyone else. I’ve had to do my job and do it well so everyone feels safe.”

With two children and a home to take care of, how did she combine motherhood, with being a wife and her professional life?

“It was easy for me,” she said. “I had the support of my family – of my father and mother. I have the support of my husband all the way and throughout my studies. He never complained. He encouraged me and took care of the kids when I was away attending training courses.”

With three professional certificates in the bag, Rismay says she’s not about stopping now.

“I don’t plan to stop. Eventually, I want to step up and become a supervisor. I now have the opportunity to be an instructor, so I train new people. There are two women currently in training to become Air Traffic Controllers.

“It’s good to see a woman as our Managing Director,” she said. “I see that as a positive for me because I want to excel. It is an inspiration for other women.”

As for her current position as the first and only female Radar Controller at SXM, Rismay, as usual, was simple and to the point: “It’s a nice job. I encourage women to check it out.”