St. Martin books in USA and Trinidad universities for 2014

University classes, in Trinidad and New York, will open January 2014 with books by two St. Martin writers as required reading for students.

Firstly, Skin by Drisana Deborah Jack is a literature course book at Dutchess Community College (DCC) in New York. The poetry collection is among the literary texts for the semester, starting in mid-January, said Jacqueline Sample, president of House of Nehesi Publishers (HNP). 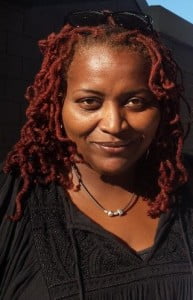 At the University of the West Indies (UWI), it is Brotherhood of the Spurs by Lasana M. Sekou that will be studied along with other class material. Sekou’s collection of short stories “will be used in the Caribbean Civilisation course (Foun 1101) at the UWI in Semester II, from January 2014 to June 2014,” said Dr. John F. Campbell, the lecturer in charge of the course at the St. Augustine campus in Trinidad.

“It is uplifting and rewarding to have St. Martin’s culture and literature taught in universities abroad,” said Jacqueline Lubino-Hamlet, a teacher at Collège Mont des Accords in Marigot. “It should not only give a sense of pride to the writers but to the island’s people as a whole,” added Lubino-Hamlet, who has also studied American literature. The books by Jack and Sekou are both HNP titles.

To Lubino-Hamlet, known for involving her students with literature projects, the use of Skin and Brotherhood of the Spurs in university courses “sends out a positive and strong image of a culture that is productive and worth knowing thoroughly. The positive image on the youth is tremendous!” 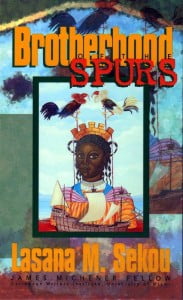 Brotherhood of the Spurs, a collection of short stories by Lasana M. Sekou

According to Sample, the DCC, part of the State University of New York system, is one of two US universities to have taught Skin since this second Jack collection was published in 2006. Both of Jack’s poetry books have been taught in US universities. Sekou’s poetry and fictions have been studied in Caribbean, US, Canadian, and European universities.