According to several indigenous music fans and local industry insiders Rikki Jai and Nigel Rojas are en route to Chutney Soca supremacy with the release of their Carnival 2014 offering “Clap Your Hands“.

Clap Your Hands was written by Jai and Rojas and produced by Big Rich of the Punkalunks Factory. The success of this track which is being referred to by many as a ‘breath of fresh chutney air‘ will see the duo share several stages during the Carnival season which include the semi-finals of the 2014 Chutney Soca Monarch competition. 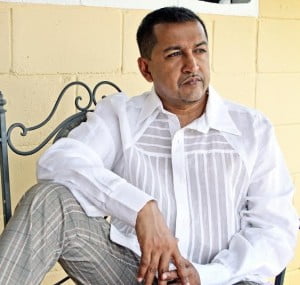 This collaboration by the 6 time Chutney Soca Monarch King and the Orange Sky front man takes a modern yet non-complicated approach to Chutney Soca with its fun, relatable lyrics, smooth melodies and infectious rhythms. The song is intended to be a ‘feel good’ anthem for the masses and also pays tribute to icons of the genre, past and present.

According to Jai, “This latest track is by far one of the happiest feel good tracks that I have written; the vibes and energy are not only for T&T but for the world to enjoy. Public outcry against the quality of lyrics in Chutney caused me to examine my own lyrics and that of fellow artistes and I decided that one has to try to please all segments that love and enjoy music. I went back to a time when Chutney was in its embryo stages; a time when groups of ladies would congregate at weddings and functions and sing for guests accompanied by the rhythms of the dholak, lota, 2 spoons, 2 maracas and onlookers clapping their hands”. 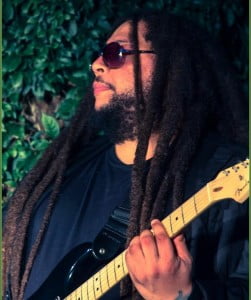 Nigel Rojas of the band Orange Sky will make his debut on the Chutney Soca stage alongside Rikki Jai.

Rojas who sings and plays guitar on the track expressed his respect for Rikki Jai’s artistic abilities and his excitement about performing with him on the CSM stage, “I am grateful and humbled for this experience, our performance is going to be extremely memorable, and I am just really stoked about doing this“. Regarding his verses on the track he shared, “As a performer I am always inspired by the kinetic energy that is exchanged between the stage and the audience, in this case I am talking to a dancer in the crowd who has captured my attention and I am telling her how inspired I am by her energy and her clapping.”

Both Rikki and Nigel have been involved with music for decades and draw inspiration from musical luminaries e.g. Sparrow and David Rudder. The duo looks forward to not only competing in the CSM but to spreading the positivity and happiness of this song locally, regionally and globally.