The International Press Institute (IPI) urged Trinidad and Tobago’s House of Representatives to pass a bill that would partially decriminalise defamation. 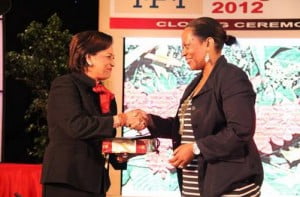 “Members of the House of Representatives in Trinidad and Tobago should approve this bill, which will bring the country’s laws more closely in line with international standards on libel law,” IPI Executive Director Alison Bethel McKenzie said. “More importantly, it will increase safeguards not only for press freedom in Trinidad, but also for the freedom of all Trinidadians to publicly express their views and opinions, thereby strengthening democracy and transparency.”

She added: “While we are disappointed that this bill does not follow Trinidad’s neighbours in providing for the full decriminalisation of libel, we are hopeful that the present debate will encourage such a step in the future.”

If Trinidad and Tobago’s House approves the bill, it will proceed to consideration in the Senate.

IPI and its regional partner, the Association of Caribbean MediaWorkers, are currently leading a campaign to repeal criminal defamation across the Caribbean. Grenada (2012) and Jamaica (2013) have already done so. Dame Louise Lake-Tack, the governor-general of Antigua and Barbuda, announced in her annual throne speech that a repeal bill will be introduced in Parliament.