Wanted man Carlo Devere Hinkson alias “Birdman”, “Shortman“, or “Blackman” of, Bridge Cot, St. George was arrested and charged with Murdering Damian Foster formerly of Eden Lodge, St. Michael. He is said to have committed this offence sometime between the 6 and 8th of September 2013.

This charge was preferred from the investigation into the disappearance of Damian Foster who was reported missing in September 2013. 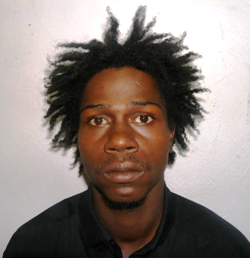 Hinkson appeared at the District A Magistrates Court on Monday December 9, 2013 and was remanded to reappear on the 6th January 2014.