HBO Latin America will premiere the original drama from HBO Films, Behind the Candelabra, this month in the Caribbean. Oscar® winners Michael Douglas and Matt Damon star in the film, which won eleven Primetime Emmy® Awards. 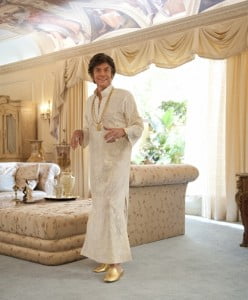 It tells the story of show-biz icon Liberace’s tumultuous relationship with his young lover Scott Thorson, from their first meeting to their bitter breakup five years later.

The drama recreates the glittering and private world of Liberace (Michael Douglas), the flamboyant, phenomenally successful entertainer whose extravagant costumes, trademark candelabra, and elaborate stage shows made him the most bankable entertainer of his time. 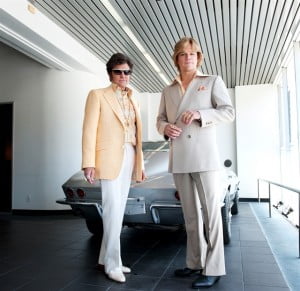 The story focuses on Liberace’s tempestuous relationship with Scott Thorson (Matt Damon) in Las Vegas from 1977 to 1982 – a time when Liberace was at the peak of his popularity but kept secret that he was gay.

Featuring a pair of electrifying performances by Douglas and Damon, Behind the Candelabra captures the essence of Liberace’s appeal while reminding viewers of the different outlook of that time, when few high-profile entertainers could admit to the public that they were gay.

Liberace was the highest-paid entertainer in the world from the 1950s through 1970s, with his concerts, records, movies, TV shows and endorsements spawning a huge, primarily female fan base.

Having sued and won a settlement against a London newspaper for insinuating he was gay in the 1950s, Liberace maintained the illusion of heterosexuality through the 1980s, and his life with Thorson (whose book this film is based on) remained behind the scenes.

Behind the Candelabra was directed by Steven Soderbergh; screenplay by Richard LaGravenese; based on the book by Scott Thorson with Alex Thorleifson; executive produced by Jerry Weintraub; and produced by Gregory Jacobs, Susan Ekins and Michael Polaire.