Members of the Drug Squad have arrested and charged the below mentioned persons in relation to the investigations surrounding the seizure of 398 lbs of compressed cannabis on Monday 21 October 2013, at Maxwell Beach, Christ Church. A boat was also seized.

1. Barbadian national Henderson Drayton, 49 years, of Gibbons Boggs, Christ Church. He has been charged for the offences of:

2. Jamaican national Milton Gordon, 43 years, residing at Four Roads, St. Philip. He has been charged for the offences of: 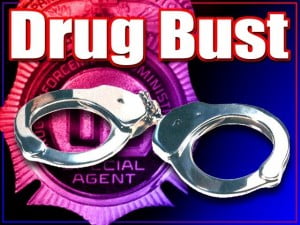 The two are expected to appear at the Oistins Magistrates Court today Friday 25 October 2013.