Nine hundred and fifty-eight Barbadians turned out to get tested during the Caribbean HIV Regional Testing Day 2013 activities held from June 28th to 30th this year.

They joined nearly 12,000 other people from 21 countries around the Caribbean who took the opportunity to learn their status. With results still pending from Suriname, the final tally of people tested stands at 11, 808.

Caribbean HIV Regional Testing Day is part of worldwide activities to promote HIV testing. The official Regional Testing Day was observed on June 28th and that day saw the heaviest traffics with testing being held at or near Scotiabank’s seven branches across the country. 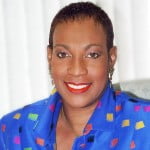 {IMAGE VIA – facebook.com} Executive Director of the Caribbean Broadcast Media Partnership on HIV/AIDS (CBMP) Dr. Allyson Leacock pointed out that less people are testing positive for HIV or AIDS than before, saying:

“The fact that more people know their status and fewer people seem to be testing positive, suggests that our collaborative efforts are paying off. The health professionals will further analyse the data to determine if segments of our population now need to be targeted more specifically. We know more work needs to be done with our Most At Risk Populations (MARP); these include youth, men who have sex with men and sex workers. Our work is far from over but we are heartened by the progress.”

She also lauded the Barbadian religious community for being one of the stronger supporters of Regional Testing Day, noting:

“Activities surrounding Regional Testing Day 2013 also saw conscious efforts to decentralize and reach out. The faith-based community continued to be a strong supporter this year hosting testing centres in Guyana, Barbados and St. Kitts and Nevis.”

“We are proud to have played an important part in making HIV testing available to citizens across the Caribbean. Through the Bright Future program, Scotiabank has participated in HIV Regional Testing day for the past six years and we could not do it without the dedication and commitment of our employees throughout the region who volunteer their time.”