Reports received stated that he was walking along the roadway when he collapsed. He had complained of feeling unwell. No foul play is suspected at this time; an autopsy to be performed to determine the cause of death.

Accused Derek McClean 36 years of Upper Rose Hill, St. Peter, who was charged for Serious Bodily Harm committed against his brother Vaughan McClean, appeared in the Holetown/District E Court on Wednesday 17 July 2013, and was remanded until Friday 18 July 2013.

Police are investigating the unnatural death of Guyanese national Tito Gill, 26 years of Seclusion Gardens, Black Rock, St. Michael, which occurred at the same address. This report was received around 12 am on today’s date, Wednesday 17 July 2013. 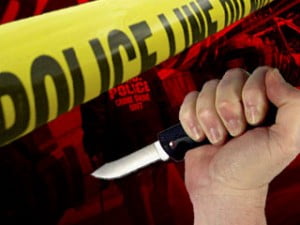 {IMAGE VIA – ksee24.com} Reports are that during a dispute involving two men, he (Tito) received two stab wounds, one to the area of his abdomen and the other to his right armpit. He succumbed to his injuries sometime in the early hours of this morning.

Persons are being questioned in relation to this investigation.