Regional Official alarmed at level of Bullying in Schools

The President of the Caribbean Mentorship Institute states that anti-bullying campaigns must be placed at the forefront for educational institutions. Bullying is defined as “when someone repeatedly and on purpose says or does mean or hurtful things to another person who has a hard time defending himself or herself.” 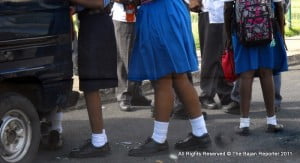 (PERSONAL FILE IMAGE) The President, Ms. Felicia Browne, adds that “our youths must be guided to make responsible decisions for themselves – decisions that may have devastating effects on their young lives. Many of our young persons are faced with various types of bullying and abuse which can have a devastating impact not just immediately but on their adult lives as well.“

Bullying goes on in our schools and has a negative influence on the school climate and on students’ right to learn in a protected and secure environment without fear. It can result in disturbing behavioural patterns that affect character and self-esteem. Bullying is now known to have long-term academic, physical, and emotional effects on both the victim and the bully.

The scope and impact of bullying demands a coherent, integrated and comprehensive holistic public approach. Additionally, the health issues experienced by children involved in bullying – whether participating in, being targeted by, or witnessing bullying behaviours – are significant. Headaches, stomachaches and sleep problems are only a few of the physical and/or psychosomatic symptoms faced by some children.

Additionally, anxiety, depression and other mood disorders are significantly associated with children who are bullied in school. Academically, research has shown that children who are excluded from the peer group in early grades are at greater risk of academic difficulties. Socially, boys who were identified as bullies in middle school were over three times as likely to have multiple criminal convictions by their early 20s, and higher self-reports of drug and alcohol use. They also are more likely than their peers.