The St. Martin Book Fair will be an interesting mix of new, famous and senior authors for its 11th edition on May 30 – June 1, 2013, said Jacqueline Sample, president of House of Nehesi Publishers (HNP).

Randall Robinson, who the Huffington Post calls an “internationally respected foreign policy advocate,” will deliver the keynote address at the St. Martin Book Fair. The author/attorney is also well known for the self-imposed exile from his native USA, followed by his emigration to St. Kitts-Nevis. 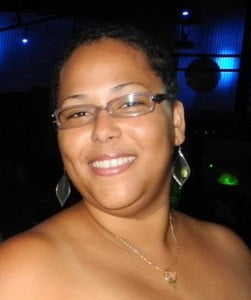 The opening ceremony of the literary festival, which alternates between both capitals of the island, will take place at the Chamber of Commerce Bldg., Spring Concordia, Marigot.

The theme of the 2013 book fair is “Drum Beats.” “It’s thrilling just to think of how a towering intellect, dedicated novelist, and internationally-respected human rights champion will interpret the theme and set the pace for our ‘book fair for the entire family‘,” said Sample.

“I think the links that Mr. Robinson will make between the traditional or ancient meaning and uses of the drum and the very modern communication messages and devices that we use will be a 21st-century stimulation for book fair-goers,” said Sample. 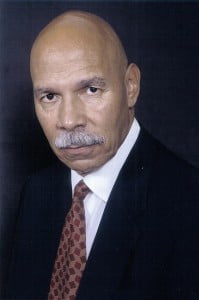 Robinson, founder and first director of TransAfrica, the influential Washington, DC-based lobby group – is the author of An Unbroken Agony: Haiti, From Revolution to the Kidnapping of a President, The Reckoning: What Blacks Owe to Each Other, the novel Makeda, and other books.

And what’s new for the home-front at the literary festival? “The author Robin Boasman will represent the St. Martin writers in 2013,” said Shujah Reiph, book fair coordinator.

A teacher at the Sister Magda Primary School, “Robin is completely new to the scene but what a wonderful story she’s coming with in her first children’s book, Lizzy Lizard,” said Reiph following a Book Fair Committee meeting on Saturday.

The Boasman adventure story will be launched as the “main book” of the St. Martin Book Fair on June 1, at Belair Community Center, Cay Hill, said Sample. Lizzy Lizard will be one of three HNP titles released during the festival.

Also on the book fair agenda is the Literary Evening of fiction, prose, and poetry readings, set for Grand Case on May 31, and apparently on its own “internal” tour. “The idea has always been to take parts of the book fair to different villages and districts every year – just like we do with the schools on the Friday morning,” said Reiph.

“In 2011, we were in Maho with Derek Walcott for the Literary Evening. Last year on the Marigot Waterfront we had writers from all over the world and from the nation, reading from their own works to a full house. We plan to circle the island year by year, so yes, it looks like a tour,” laughed Reiph.

Throughout the “main book fair day” on June 1, the festival’s workshops, the Children’s Room, and other activities will be hosted at the University of St. Martin, Soualiga Blvd., Philipsburg.

Conscious Lyrics Foundation and HNP are organizing the 11th annual St. Martin Book Fair in collaboration with the St. Maarten Tourist Bureau and the University of St. Martin.