The Delegation of the European Union in Partnership with European Union Member States and the Errol Barrow Centre for Creative Imagination (EBCCI) is hosting the fifth annual European Film Festival from this Friday 17 May until 26 May at the EBCCI, University of the West Indies. Once again admission to the screenings is free to the public and there will be English subtitles for each film, except the one from the United Kingdom.

The selection is a mixture of primarily drama and comedy but there are also romance, science fiction and war films. There are two children’s movies, “Kooky” and “The Great Bear“, to be screened the first weekend of the Festival on 18 and 19 May respectively.

The most accomplished film this year is the Danish entry “Melancholia“ which won Best Film at the 2011 European Film Awards, while Kirsten Dunst won Best Actress at the 2011 Cannes Film Festival. It was directed by world renowned Danish cinematographer Lars Von Trier. 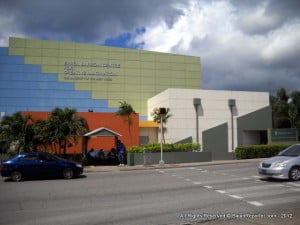 Two student workshops are scheduled this time around, one at the Barbados Community College (BCC) on 17 May and the other at the EBCCI on 22 May. These workshops are open to the public with Allison Thompson, Senior Tutor in the Division of Fine Art at the BCC facilitating the first one, while Dr. Yanique Hume, Lecturer of Cultural Studies at the UWI facilitates the second.

Movie-goers are also in for a treat with some food and wine sampling from European countries.

Therefore, if Cannes is too far away, too expensive, seize the opportunity of the European Film Festival at the Errol Barrow Centre for Creative Imagination!