Police have arrested and jointly charged Jermaine Julian Worrell, 22 years and Hilary Vladimir Glasgow 23 years, both of Bridge Road, Cave Hill, St. Michael for the offence of Arson. They were arrested and charged for committing damage by fire to the metal compound belonging to B’s Recycling on 25th of March 2013. 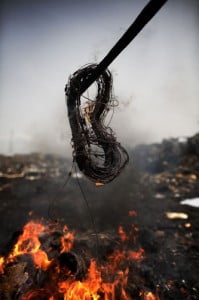 Glasgow was given bail in the sum of $20 000 with one surety while Worrell was remanded until Tuesday, when both are set to reappear in the District “D” Magistrates’ Court.

Worrell was remanded because he had other matters pending and is being held on those charges until May 10.