ANSA McAL (Barbados) Ltd.’s first road tennis competition has been hailed as instrumental in bringing members of the group closer together and increasing networking opportunities. 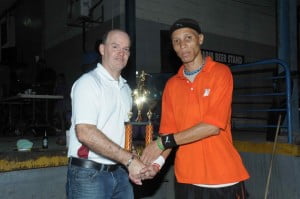 The competition, which was won by Nolan Stuart of Trimart Supermarkets in a match against Llewellyn Straker of Bryden Stokes Ltd., attracted 19 participants from five of the group’s subsidiaries and was played in a series of rounds between late March and earlier this month at Bryden Stokes, Barbarees Hill, St. Michael. The final saw Stuart scoring 21, 21 against opponent Straker who scored 15, 18.

Describing the final as a “spectacular end to an exciting competition”, the group’s Human Resources Administrator, Tricia Brathwaite said the competition was designed to bring staff closer together across the group, which is spread across nine subsidiaries in Barbados. 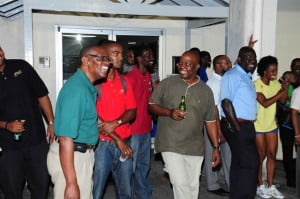 “One of the reasons we devised the tournament was to further enhance interaction between businesses in the group along with our continued focus on the health and wellness of staff,” Brathwaite explained. She added that the competition was a success. “We’ve had a good response, especially from those in the group who play road tennis and the feedback we’ve received indicates the competition was enjoyable. We’ll definitely host another tournament in 2014.” 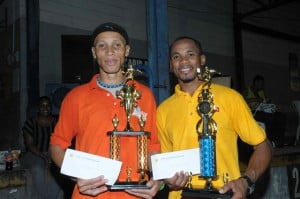