BILL O’REILLY FACTORS IN ST. KITTS AND NEVIS AS A MUST SEE

Viewers of The O’Reilly Factor on the FOX News Channel (FNC) just got a glimpse of the beauty and charm of St. Kitts and Nevis.

During the Tip of the Day segment at the close of the show, the usually aggressive TV personality instead shared a bit about his experience on island with the 2 million plus viewers that regularly watch the show.

“The culture of the islands is a very interesting combination of British, French and African,” he stated. “We had a great time, the water [Caribbean Sea] is beautiful, the beach at the Marriott is stunning and folks on the island are friendly.”

Various scenic shots including Frigate Bay and Port Zante were shown during the segment. Mr. O’Reilly also reminded viewers that Alexander Hamilton, one of the Founding Fathers of the United States of America, was born in Nevis. 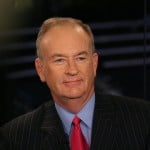 Who says he can’t be nice once in a while? Controversial television host, author and syndicated columnist Bill O’Reilly. (photo taken from O’Reilly’s Facebook Page)

During his stay over the extended Easter weekend, the popular television host, author and syndicated columnist toured the island on the St. Kitts Scenic Railway, enjoyed a catamaran cruise around the South East Peninsular and engaged in other fun-filled activities.